What is a story anyway? In his essay The Storyteller: Reflections on Nikolai Leskóv, Walter Benjamin points to the changing role of the Storyteller through time. He explores the differences between the everchanging stories and the fixed novels, and what this has done to an also ever changing and more modern society. Food for thought, and a good read.

On friday we experienced several storytellers in one day: 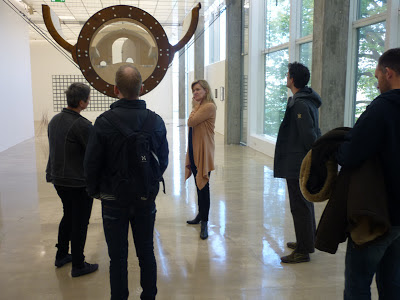 We brought some people from the city planning office to take a look at Game of Life in Kunsthallen. Cecilie Nissen tells a story of the change of focus from naturalistic to more abstraction into a gridform. In the end one ends up with the grids loosening up into chaos and pure lines or dots. Here we enjoy the more playful work of Pirolt though, in stark contrast to the grids of Tehrani in the background. 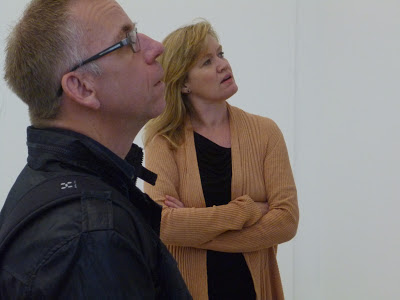 Storytelling is a process where at one point the teller and the listener end up looking at things together. Here before Tehrani's work. 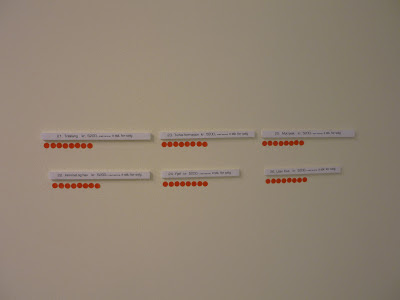 Here at galleri Bi-Z and the works of HM The Queen Sonja. Most of these works were sold out allready at the opening. 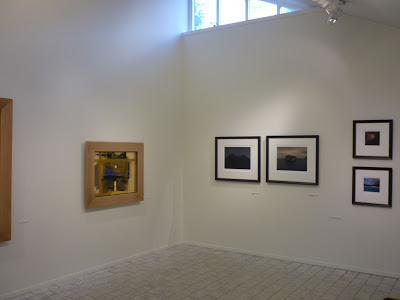 Here juxtaposed with the works of Nupen, her teacher. The techniques of The Queen can be traced to this artist. I would characterize her style as definitely more modest than those of her teacher, and still quite searching.

Now here is another story at Agder Kunstnersenter 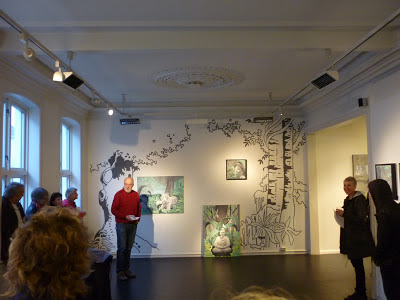 Bjørn Aurebekk, leader of the board, tells a story as an introduction to the exhibition 'Rewind' by Grete Swahn. 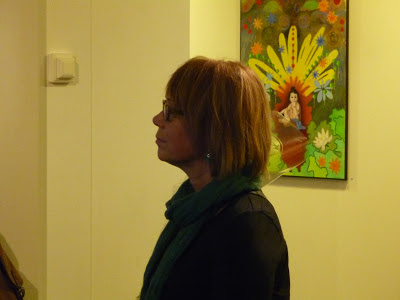 One storyteller meets the other: The artist listening to what is being told about her stories. Do they agree?


Atle, the musician, opens the exhibition with his work, played on an instrument: a mix between a steelguitar and a fishingrod. The work of art is here visual as well as audible. Just as interesting as the music itself is the instrument it is played on. The instrument tells its own story.


The power of stories: Jonas Alaska at Kilden


Anyone with a guitar and the ability to rhyme with a nice voice will probably make me believe that the moon is made of cheddar cheese. Thank heaven that few dictators know how to make a ballad.
Lagt inn av arteriet kl. 04:52