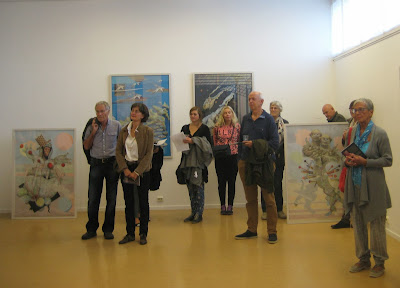 Spain, Greece, Norway and Italy in the background 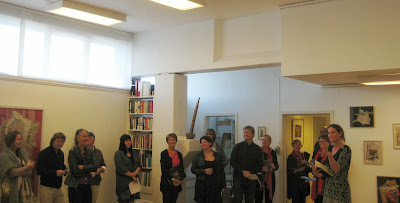 Nice crowd. Fun to see people in the house. 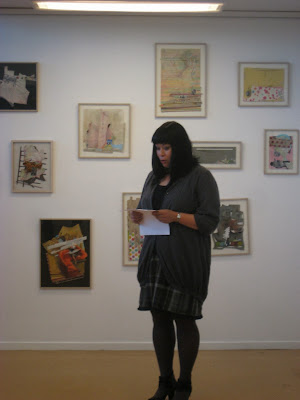 Irene Ikdal from the Vest-Agder Fylkeskommune gives a talk on Europe and the cultural situation. Behind her 'Uncontrolled areas' 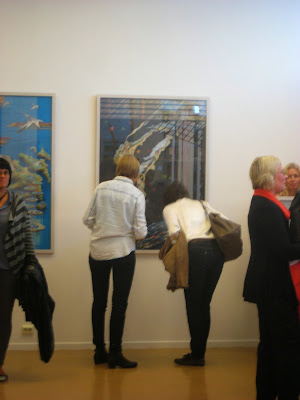 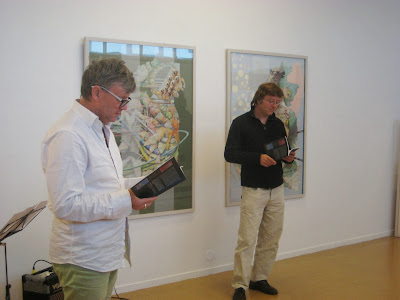 Terje Dragseth and Peter van Lier read the poem of the latter, Do not bend. They are standing before Ireland and Great Britain. 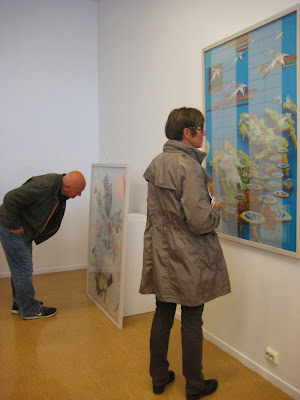 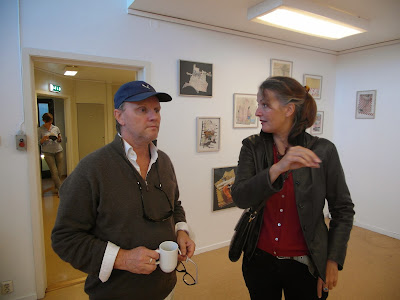 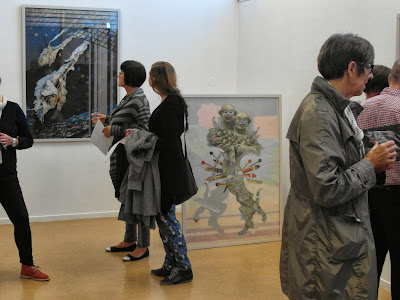 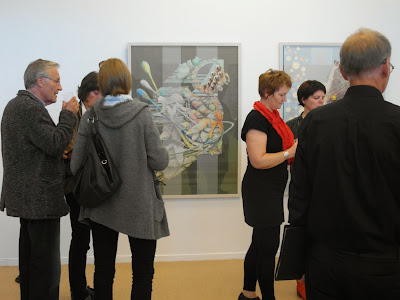 Ireland in the background 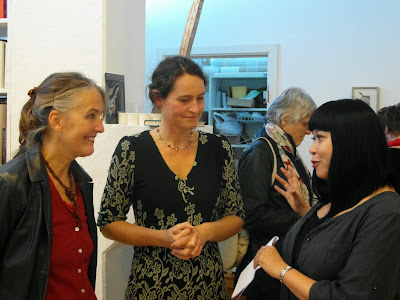 Machteld, me and Irene 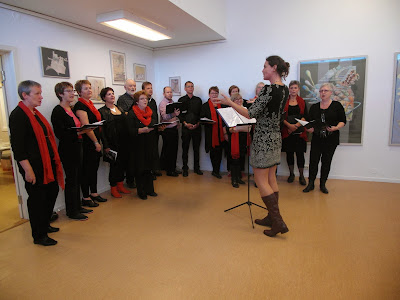 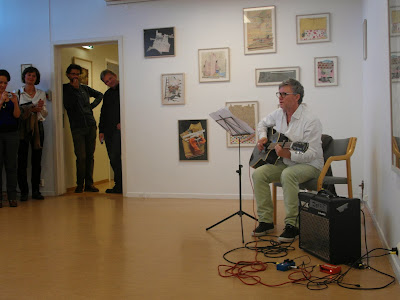