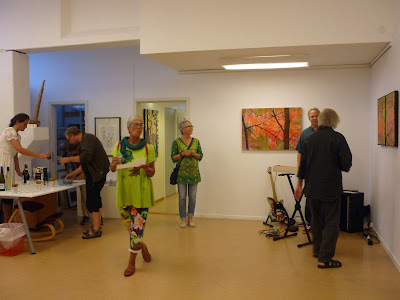 Grete Swahn is a child of the fifties, with no television of course, and she had to make her own images as she was growing up. Later she joined the hippie-sixties, with communal living in Germany and Britain in the earliy seventies. In the eighties she managed life as a single mother being an advertisement artist. Certainly a child of her times, her experiences have been a part of shaping her as an artist. 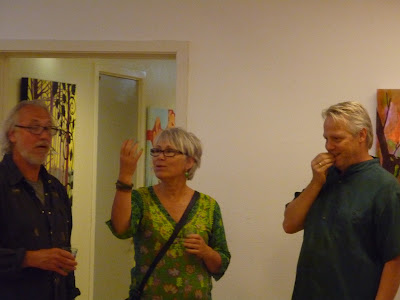 Green, mysterious and goofy are three words that I think can describe many of the works of Swahn. The title of the exhibition is Chandrahas which means moonlike smile. This mysterious smile is a part of the athmosphere around some of the artworks, and they do something to our imagination, they trigger our curiosity. 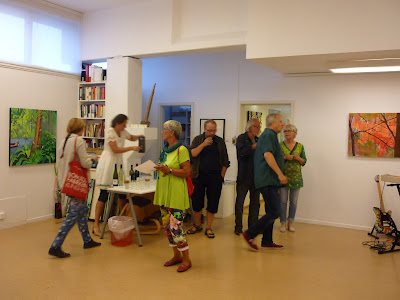 But first some more about pop art and comics which are not at all mysterious, or not traditionally so. I have always loved comicbooks, even to the extend that I finally taught myself to read using Donald Duck. Comicbooks never had any artistic status of the high-brow kind in its beginning. It was fun and superficial. Goofy. But now comicbooks have reached a new era where low-brow art mixes with high-brow and where we no longer can speak of a fine defined line between the two. 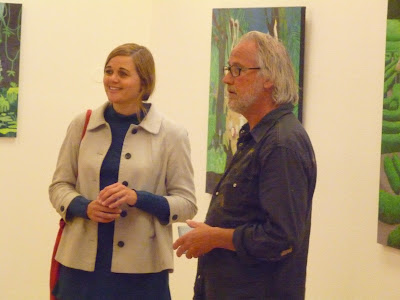 Along with comic-culture, pop-art which gets its inspiration from the comic-world, has changed too. Before, pop-art used to comment the superficiality of the comics of the time. Nowadays there is a whole other comic world to comment on. Not superficial at all. It is defined as literature. 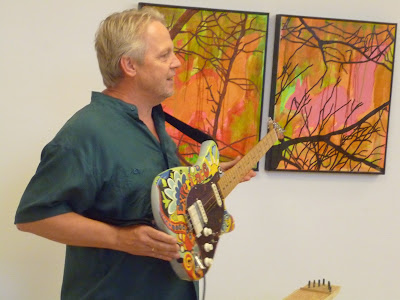 So, low-brow pop-art being a seemingly superficial medium, turnes out to have reached the status of  high-brow society. Not completely without sometimes being yelled at, but who cares? 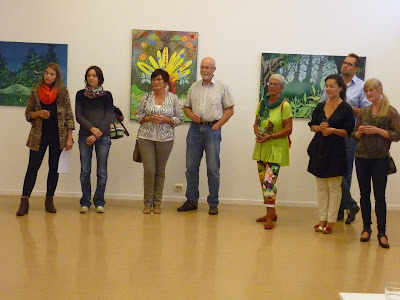 Because comicbooks of telltale paintings have been here forever, just look at Hieronymus Bosch, altarpieces or any kind of religious art, the Bayeux tapestry, or even the caves in Lascaux. 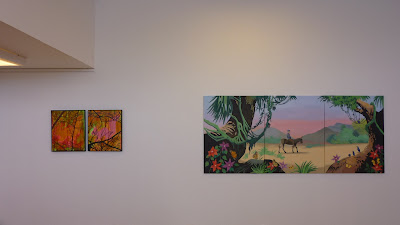 Getting back to Swahn, and why I like her paintings: it is a bit like the comics. Some of them are still a bit childishly playful and goofy, but at the same time very grown up, with a grown up commitment. Like the green commitment of Grete Swahn to the environment. 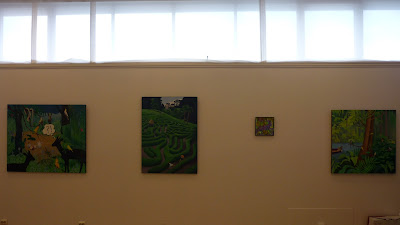 This commitment is moralisimg, a very grown up thing to be. Then she succumbs to a moonlike smile, the Chandrahas of mysteriousness, while in the next moment she will surprise you with the most goofy expression of artistry. 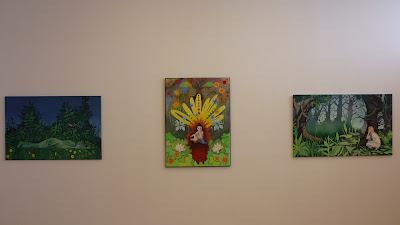 She seems not to be able to take herself too seriously for too long. Suddenly she has to get out and get some air. As well with the new experimental works with mixed media on canvas. 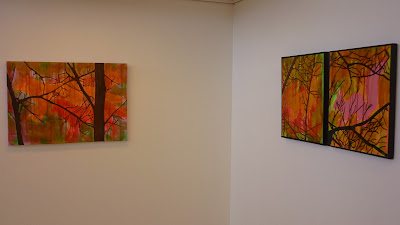 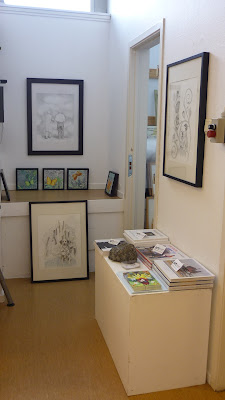 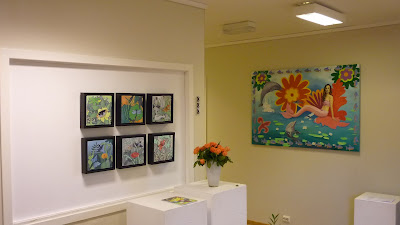 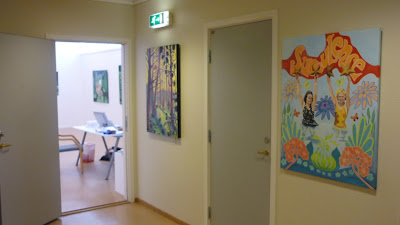 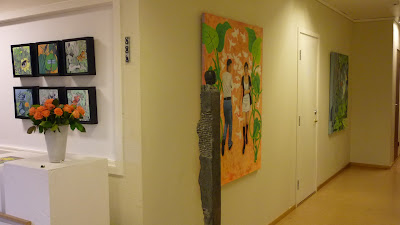 My advice is to let goofiness live, together with mysteriousness and green commitment, along with experiments. In short, let diversity live!!
Lagt inn av arteriet kl. 06:42