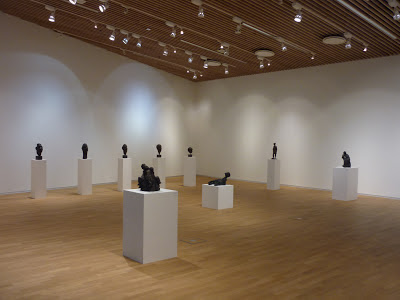 I got the privilege by SKMU of guiding for the Kjølsrud-exhibition in Mandal. They have this new cultural centre, at the wharf, which also includes concert hall, library, cinema, cafe and art gallery. If for nothing else but the architecture, wordt a ride! Iow, a * in this blog´s personal Michelin-guide. 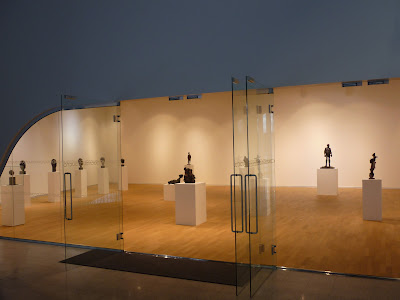 The curator at the SKMU, Karl Olav Segrov Mortensen, built up a very tasty sculptural scenery in the gallery using all but one sculpture from their Kjølsrud-collection. 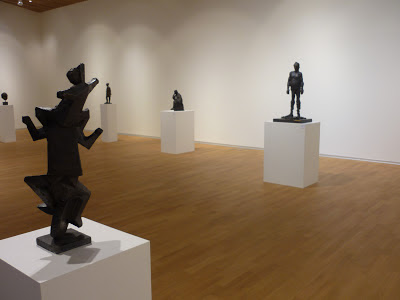 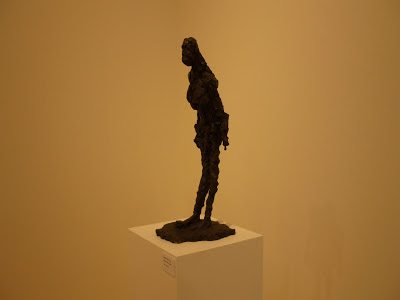 And here, 'African Master' all alone in the corner in a much more abstract language. This sculpture was for a long time in Kristiansand used as a gift for the yearly cultural prize. 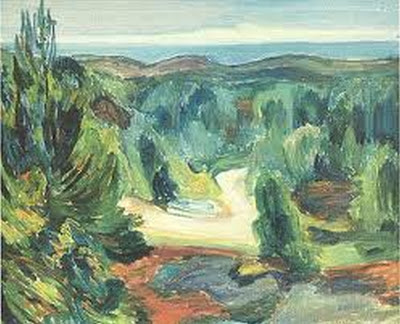 As a novelty to the Kjølsrud-stuff I thought I'd include some of his teachers' works. Here one of Hasaas' work from the time right after the war I guess. Anyway that is when Kjølsrud took classes with him in Kristiansand. This work belongs to the Flekkefjord Kunstforening. 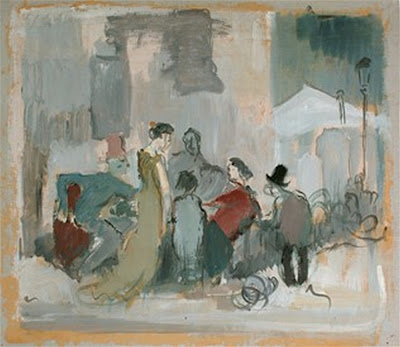 This work is by Chrix Dahl. Neither this reeks of originality for that time, but has some interesting use of charicatural lines. 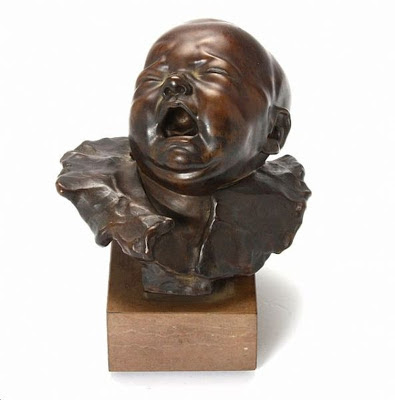 Einar Utzon-Frank was his teacher in Copenhagen. Quite different than where Kjølsrud ended up himself, stylewise. Forgot to photograph his own sculpture of a baby's head. Must show you his own version! By the way, Utzon-Frank was the uncle of the renown architect Jørn Utzon. The designer of the Sidney Opera House. 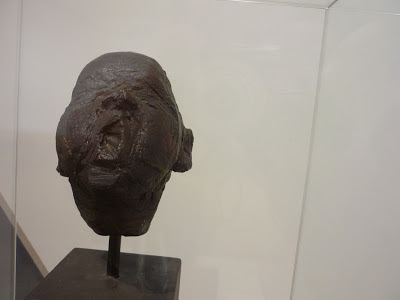 Here the baby's head of Kjølsrud. An extraordinarily expressive version (?) maybe of Utzon-Frank's head here above. 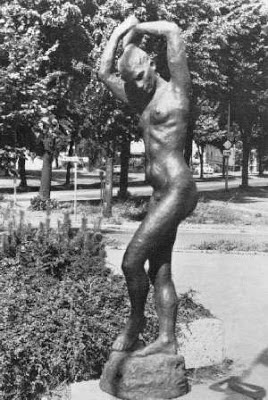 Per Palle Storm and his followers decided the leading naturalistic style in sculptural Norway till at least the sixties. Might this be the reason that Kjølsrud's abstract ways were not tolerated? Anyway his only kindred artist-spirit when it comes to abstraction, might have been Aase Texmon Rygh with her industrial minimalism. 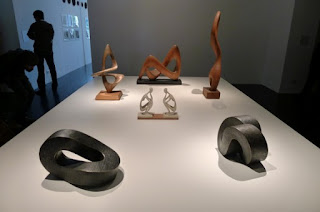